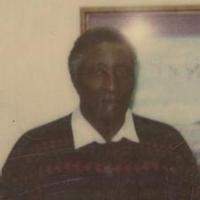 Mack Jr. was born in Petty, Texas, to Emmit McGee and Bee Davis on September 8, 1928. He was a retired production worker for General Cable Company in Bonham, Texas. He married Bessie Johnson on April 16, 1957, in Hugo, Oklahoma. Mack was a Sergeant in the U.S. Army serving during the Korean War. He also served as a Deacon of the 16th Street Baptist Church and was a 33rd Degree Mason.

Mack Jr. was preceded in death by his parents; his brothers: T. C. Williams and Marshall Williams; his sister, Clara Williams; and, his step-mom, Lanetta McGee.

Funeral services will be conducted on Saturday, December 10, 2016, at 2:00 p.m. at the 16th Street Baptist Church in Honey Grove with Rev. Chris Roberts officiating.

Interment will follow in Cedar Hill Cemetery in Honey Grove.

To order memorial trees or send flowers to the family in memory of Mack Nelson Jr., please visit our flower store.