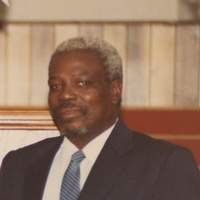 Leon was born January 11, 1944, in Talco, Texas, to the parentage of Rosie Savage Hines and Dick Hines. He graduated high school and later served in the United States Army from November 1964 to November 1967, in which he received an Honorable Discharge. In 1972 he married his sweetheart Ada Green Hines, they were married for 45 years.

He leaves to cherish his memories, his wife Ada Hines, his son, Billy Pannell (Joyce) of Neylandville, one brother, Curtis Hines (Liz) of Commerce, one sister, Renda Hines (Kenneth) of Commerce, his granddaughter Kadija Pannell, and, a host of nieces, nephews and cousins.

He was preceded in death by his mother and father, two brothers and four sisters.

Service will be Thursday, January 25, 2018 at 2:00 P.M. at Mt. Moriah Baptist Church in Commerce with Rev. David Savage eulogist.

To order memorial trees or send flowers to the family in memory of Leon Hines, please visit our flower store.