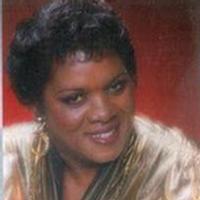 Lee Ola Chaffin 70, of Honey Grove passed away on Wednesday, May 13, 2015, at home surrounded by her loving family.

Lee Ola was born in Fannin County on October 17, 1944, to Zelema and Julius L. Allen. She was married to James Lee Chaffin and they shared more than 40 years together.

She was a faithful member of Christian Chapel C.M.E in Honey Grove where she sang in the choir and took part in the ladies auxiliary until her health began to fail. Lee Ola loved her grandchildren and was a "community granny"

She was preceded in death by her father Julius L. Allen, her daughter, Eva Jean Johnson, her granddaughters: Keyonia Epps and A'Layazia Martin, her brothers: Julius Gean Allen and J.C. Allen; and her sisters: Veralene Couts, Ola Lee Shaw, and Ruthie Mae Adams.

Funeral services will be held on Wednesday, May 20, 2015, at 1:00 p.m. at Christian Chapel C.M.E. in Honey Grove with Rev. Esther F. Lawson as Eulogist and Rev. Cedric Barksdale officiating.

Interment will follow at Cedar Hill Cemetery in Honey Grove.

To order memorial trees or send flowers to the family in memory of Lee Ola Chaffin, please visit our flower store.
Send a Sympathy Card