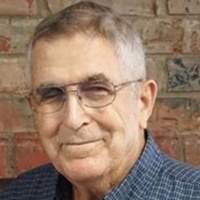 Ledous Haroldeen Brown, 78, of Klondike passed away on the same property that he was born on, on Sunday evening, December 2, 2018.

Mr. Brown was born July 21, 1940, in Klondike, the son of Leona Lovelace Brown and Samuel Brown.

He was married to Sally Ann Snowman Brown for 52 plus years. Ledous was employed with Safeway for 23 years and Texas A&M University Commerce for 17 years. He was an avid outdoors-man. He enjoyed fishing, hunting and following his cows around in the pasture. He was known as" Mr. Fix Itâ€ as he could fix just about anything. He was big on helping people in any way he could. He could tell and share many stories and memories and especially tell jokes to make people laugh.

He was lovingly known as "Pawpaw" and "Tex" to his kids, grandkids and great-grandkids.

Those that preceded him in death are his parents, Leona and Samuel Brown; his step mother, Pauline Hooten Brown; his brother, Donald Brown; his sisters: Mary Evelyn Atterberry and Lou Ann Rizzo; and, his loving grandmother who helped raise him, Martha Ann Brown.

Visitation will occur one hour prior to service at 10:00 A.M.

Interment will be at the New Klondike Cemetery, Klondike, Texas 75488

To order memorial trees or send flowers to the family in memory of Ledous Haroldeen Brown, please visit our flower store.