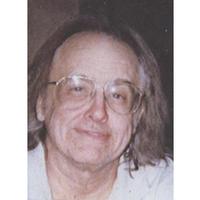 Anyone who knew Larry Smith knew an interesting man who enjoyed life with friends and family, and wore a smile even in tough times.

Born in Denver, Colorado on December 7, 1946, Larry became an instant celebrity when his first smile revealed two front teeth. Those teeth put Larry and his mother on the front page of the Denver Post.

After World War II, Larryâ€™s father went to SMU on the GI Bill. There the little family of three lived in a small trailer on the SMU campus area named Trailerville. Larry made friends with other kids as they hunted for crawdads, but he especially enjoyed his dad introducing him to SMUâ€™s football stars, thus beginning a lifelong love of football and the Cotton Bowl shared by father and son.

Larry attended Kiest Elementary School, Gaston Junior High, and Bryan Adams High School. He always loved music and made friends with many rock groups and individual artists. He also loved cars and once was on Paul Newmanâ€™s pit crew in Le Mans. But above all, Larry loved Colorado and his dogsâ€”all Huskies; at one time he owned five. They were his â€œkidsâ€ and he never lived without at least one.

When he was 14, Larry began working in the food business. After stints in fast food and Six Flags, he began establishing and managing larger places from Austin to San Francisco. Hutâ€™s on Austinâ€™s 6th Street is the most well-known and his favorite.

Larry never married but his dogs and friends kept him happy until July 5, 2017, when he passed away at age 70. He is preceded in death by his parents, Marion and Rowena Smith, and brother Randy. He is survived by his sister, Kathi Jackson and her husband, William Jackson; and nephew Westly Beene and his wife, Virginia; and nephew Trevor Beene and his wife Kathryn; and two grandnieces and one grandnephew.

The family has requested donations to be made to a local Husky shelter or a local ASPCA shelter.

To order memorial trees or send flowers to the family in memory of Larry Lee Smith, please visit our flower store.