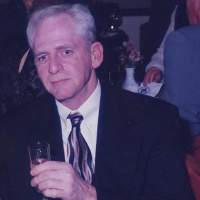 Larry Eugene Proctor Sr, 71, of Van Alstyne, passed away surrounded by loved ones at his home on Friday evening August 23, 2019.

Larry was a retired Warehouse Manager for McNichols Metals and he also served in the United States Army where he obtained the rank of E5 Sergeant, was a Purple Heart recipient, and received the Viet Nam Service Metal as well. Larry loved serving his country and considered it an honor to do so. He was a hard working man and did so in order to make a good life for his family. He was a great father and grandfather. He and Linda enjoyed taking cruises and would try to take at least two cruises a year whenever time would allow them to do so.

He is survived by his wife, Linda, of Van Alstyne, three sons: Larry E. Proctor Jr. of Klondike, William Alan Proctor of McKinney, and Bradley Wayne Proctor of Euless, four grandsons, three granddaughters, three great grandsons, and one great granddaughter. Other survivors include three sisters: Linda Benskin, Carol Stewart, and LouAnn Williams. He was preceded in death by his parents, a brother, Dale Proctor, and a sister, Terri Williams.

To order memorial trees or send flowers to the family in memory of Larry Eugene Proctor Sr., please visit our flower store.