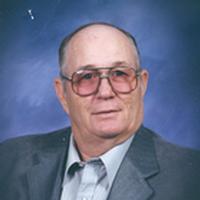 Larry was born in South Sulphur Community, on June 4, 1937, to Rosalee Womack Pope and Thomas Aubry Pope. He was a retired machinist. Larry served his country with the United States Navy. He was married to Margaret White Pope. Larrys favorite pass time was meeting with friends at McDonalds and bragging about his grandkids.

He was preceded in death by his wife Margaret, his parents, Rosalee and Thomas Pope, and, his three brothers: Thomas Aken Pope, Aubry Dale Pope and Bobby Joe Pope.

To order memorial trees or send flowers to the family in memory of Larry Dean Pope "Cracker Jack", please visit our flower store.