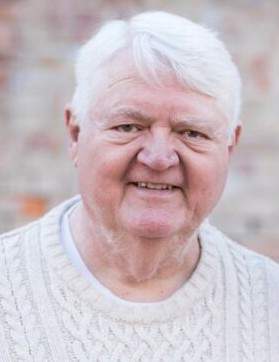 Pastor Larry Donald Davis, 74, of Greenville, Tx. passed away on Sunday August 16, 2020 at Greenville Gardens Nursing and Rehab facility in Greenville. He was born January 30, 1946, in Dodge City, Kansas, the son of Donald Lee Davis and Esther Thoman Davis.  He was a graduate of Greenville High School, class of 1964, where he served as an assistant choir director under the direction of Charles Syblee during his senior year. Following high school graduation, he attended Eastfield College and Southwest Assembly of God University in Waxahachie, TX.  While attending seminary, he served as an associate pastor and music director.  Larry married Paula Kirk on Valentine’s Day, February 14, 1969. The ceremony took place at the Grace Assembly of God Church in Dallas.  Larry was a retired employee of Texas Utilities where he was instrumental in negotiations between the company and the union members. His role in this position resulted in the employees receiving many extra benefits.  While working for TU, he also served as Associate Pastor for the First Assembly of God Church in Henderson, TX. Pastor Larry also served as Associate Pastor and Choir Director for First Assembly of God Church in Mesquite, TX.; and Pastor of First Assembly in Wharton and Wills Point. He retired from the ministry as Pastor of Abundant Life Church in Greenville where he was instrumental in organizing the Angel Food Ministry for many years.

Pastor Larry was a very diverse individual with interest in football, baseball, and debate. He also enjoyed metal detecting (for gold), woodworking and crafting, computers and electronics, and doing Old Testament Studies of the Jewish customs.  He has been described as an incredible orator and teacher.  No matter the age of the audience, they were spellbound as they listened to his teachings.  Pastor Larry was also known to be kindhearted, giving, patient, loving and steadfast.  He was considered to be a wonderful counselor, as well.  Pastor Larry was one of those persons who was a genuine blessing to all that got to know him, and who made a positive impact in the lives of those to whom he served as pastor.

Preceding him in death were his mother Esther Davis and a sister Rosemary Edmonds.

A Memorial Service for Pastor Larry Davis will be live streamed from Christ Community Church in Greenville at 2:00 p.m. Saturday August 22, 2020. To view the services, go to the website: https://www.facebook.com/RememberingLarryDavis

To order memorial trees or send flowers to the family in memory of Larry Davis, please visit our flower store.