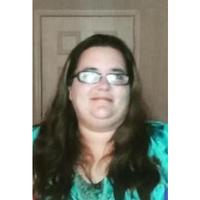 Kimberly is survived by her two daughters: Sydney Marie Berry and Katy Ann Berry both of Mesquite, her sister, Jessica Tingle (Patrick Williams) of Cooper, her brother, Kenneth Tingle of Cooper and her parents Kevin and Jacqueline Tingle, of Cooper.

She was preceded in death by her paternal grandparents.

To order memorial trees or send flowers to the family in memory of Kimberly Ann Tingle, please visit our flower store.
Send a Sympathy Card