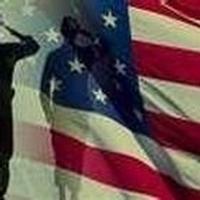 Kile was born in Calera, Oklahoma, on March 30, 1920, to Mary Helen Jones Pickens and Walter Pickens. He was an automotive mechanic. Kile was a United States WWll Army veteran, serving in the Cavalry until transferring into the Army. Kile was a very hardworking man.

Survivors include his sons: Dennis Pickens of Cumby and Billy Pickens (Teresa) of Winnsboro; his daughters: Janice Carter of Brashear and Mary Summers of Carrollton; his 8 grandchildren; and, his 12 great-grandchildren.

He was preceded in death by his parents, Mary and Walter; his brother, Vester Pickens; and, his sister, Nettie Romans.

To order memorial trees or send flowers to the family in memory of Kile Cecil Pickens, please visit our flower store.
Send a Sympathy Card