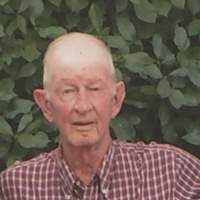 Kenneth was born in Cooper, Texas, on February 20th, 1930, the son of Lee David Shaw and Hida Quate Shaw. He grew up and attended school in Pecan Gap, Texas. Kenneth proudly served in the United States Army from 1949 to 1953 and was in active duty for 11 months during the Korean War. He held the title of Corporal, Armed Reconnaissance Crewman.

He married Shirley Howse of Cooper, in 1951. They made their home in Commerce and raised two children. Kenneth worked with Commerce ISD for over 30 years as transportation/maintenance supervisor. After retirement, he took a position with Hunt County and worked there for many more years. He so enjoyed the many friends and relationships formed in these positions.
Kenneth was a long time member of the Masonic Lodge in Commerce and has been a Master Mason in Good Standing for over 50 years.

Kenneth is preceded in death by his parents, two brothers, Curtis and Jerry Shaw and sister, Shirley Bankhead.Service times are set for Saturday March 24, 2018 at 2:30 p.m. at the Cross Trails Cowboy Church in Fairlie, Texas, with Rev. Chad Davenport officiating.

Visitation will be from 1:00 p.m. until service time.

To order memorial trees or send flowers to the family in memory of Kenneth Ray Shaw, please visit our flower store.