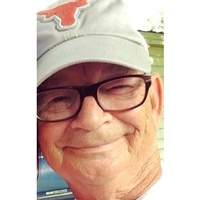 Kenneth was born in Commerce, Texas, on March 31st, 1943. He was born to Nannie Pearl Shirley and Lee Arthur Sands. He was a property manager for USA Mobile Home Park and was in wood working. He was married to Mildred Christine Taylor Sands and was a United States Army veteran. Kenneth enjoyed fishing and spending quality time with the family. His favorite past time was watching Mash, The Price is Right, Walker Texas Ranger, Deadliest Catch, and Andy Griffin. Kenneth was noted for being a real prankster and making people laugh constantly.

He was preceded in death by his parents Lee and Nannie, and his brother Owen Sands.

Funeral services will be held on Sunday, September 16, 2018, at 2:00 P.M. at Jones-Walker & Son Funeral Chapel with Bro. Terry Bryan officiating.

Visitation will be held one hour prior to service .

To order memorial trees or send flowers to the family in memory of Kenneth Roy Sands, please visit our flower store.