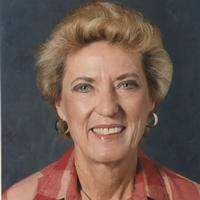 She was born in Honey Grove, Feb. 6, 1926, to Tom and Katherine Scott. June graduated from Honey Grove High School as Valedictorian of her class. She attended East Texas State Teachers College in Commerce and earned a Bachelor of Science degree and later earned a Master of Science from Texas Womenâ€™s University in Denton, Texas. June began a long teaching career in which she touched many lives. After teaching science, biology and chemistry at Honey Grove many years, she again attended East Texas State College in Commerce and earned a School Counseling Certification and left the class room to become the Honey Grove High School Counselor. She remained in this position until her retirement, again helping students reach their potential in life.

In between her college years, she became a war bride, leaving her home town of Honey Grove to travel Florida to marry H. H. â€œMuttâ€ Milford Jr. from Ladonia. They were married June 8, 1945, in the Methodist Church in Miami Beach, Florida. After Mutt, or sometimes called Herman Junior, was discharged from the Navy, she moved around with him to many areas of Canada and the United States while he worked on the pipeline as a welder. After several years, June encouraged Mutt to go to dental school which he did and graduated from Baylor School of Dentistry. They moved back to Honey Grove with their children Phil, Dinah, and Mark to open a much needed dental practice.
Upon retirement from a career in education, June enjoyed many hobbies including gardening, golfing, traveling and reading. When it came to gardening she had a super â€œgreen thumbâ€ as anyone could tell from her beautiful flower beds. She was an avid golfer and was involved in many couples tournaments with Mutt and also with her dear friend Alice Smith. She and Mutt had numerous adventures traveling across the United States, Canada, Mexico and Europe.
June is survived by husband, Mutt; son, Phil and wife Judy, of Honey Grove; daughter, Dinah Callendar and husband, Cal, of Florida; daughter-in-law, Sheri Taylor, of Honey Grove; four grandchildren, Teri Hall and husband, Van, of Honey Grove, Scott Milford, of Dallas, Annie Wallace and husband, Michael, of McKinney and Laura Milford, of Honey Grove; three great-grandchildren, Tori, Jake, and Rainey, and several nieces and nephews and cousins.
Preceding her in death were her parents; three sisters; one brother and her youngest son, Mark.
No formal visitation is scheduled. Cremation arrangements were made under the direction of Jones-Walker and Son in Commerce.

Any memorials may be made to McKenzie United Methodist Church in Honey Grove, Texas, of which she was a life long member.

To order memorial trees or send flowers to the family in memory of June Milford, please visit our flower store.