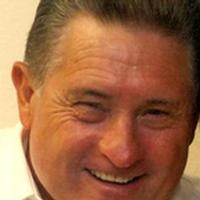 Johnny was born in Greenville on August 19, 1948, to Sarah Louise Quattlebaum Chambliss and John Junior Chambliss. He was married to Sue Ann Littlefield Chambliss for over 45 years and was a retired material handler from L-3 Communications. Being musically inclined, Johnny Ray played the banjo in a bluegrass band and played guitar in a country band; and, he was an Elvis impersonator.

He is preceded in death by his parents and his brother, Ricky.

To order memorial trees or send flowers to the family in memory of Johnny R. Chambliss, please visit our flower store.
Send a Sympathy Card