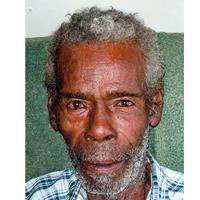 Johnnie Earl LeShaw was born to Charlie Thomas and Ruby LeShaw on June 29, 1940 in Honey Grove Texas. He worked at Honey Grove Grain and Peanut for 42 years and retired in 2005. Johnnie is a true Honeygrovian because he spent his entire life there and proudly proclaimed that is was his home and he would not live anywhere else. He lived, loved, worked, played and raised his children there.

On Oct 26, 2015 he passed away at Medical Center of McKinney, in McKinney, Texas. He entered heavenâ€™s gates and God saw fit to give him a new home over in glory; a home not made by hands.

Johnnie will truly be missed by his family and friends. Weâ€™ll cherish all our memories and a life time of experiences that the Lord has blessed us with. To some he was Daddy, to some Grand Pa, to some Brother, Uncle, and friend. And to those of us who really knew himâ€¦he was Rusty Butt.

He is preceded in death by his father, Charlie Thomas; mother, Ruby LeShaw; brothers, Lloyd and Roy LeShaw; sisters, Deloise LeShaw, Bobby Faye Floyd and Ruthie Griffin; a grand-child, cousins, nephews and nieces. Through it all, we give GOD the glory.

The LeShaw family has entrusted their loved one to the care of Jones-Walker & Sons Funeral Home.

The Family is asking that all flowers and cards of condolence be sent to the Funeral home.

To order memorial trees or send flowers to the family in memory of Johnnie Earl LeShaw, please visit our flower store.