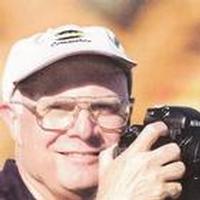 John David Walvoord, 71, of Commerce passed away on Sunday,October 26, 2014. He was born in Denton on December 10, 1942, to Erna Van Der Jagt and Dr. Anthony Christopher Walvooord.

Dave was Director of News Service at Texas A&M University - Commerce, where he received his Masters degree. He also had a Bachelor of Arts in history from North Texas State University; and, he is in the Texas A&M University - Commerce Sports Hall of Fame. He chronicled the history of the University in pictures, as the University photographer for 35 years. John had many interests which included trains, playing golf; and, the Commerce Food Pantry. He was a member of the Audie Murphy Cotton Museum, where he made informative videos such as the video of Audie Murphy that is in use today. Dave was a member of the First Presbyterian Church where he was a Deacon and a Clerk of Session. Dave was also a Peace Corps Volunteer from 1965 until 1967. John was a U. S. Army veteran.

He was married to Joane Van Nieuwenhuize Walvoord.

Survivors include his wife, Joane; his son, John David Walvoord II and his wife, Kristi of California; his two grandsons: Jack Weston Walvoord and Dawson Hayes Walvoord; and, his three sisters: Elaine McCarty of Houston, Dorothy Barnett of Fort Worth and Margaret Buss. He is also survived by many nieces and nephews.

He was preceded in death by his parents.

To order memorial trees or send flowers to the family in memory of John David Walvoord, please visit our flower store.
Send a Sympathy Card