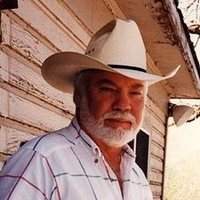 John was born October 3, 1935, in Saltillo, Texas, the son of Jim Mays and Mayflower Cannaday Mays. He served in the U.S. Army for nearly 8 years and obtained the rank of Staff Sergeant E6(T) upon his honorable discharge in March of 1963. Following his time in the Army, he went on to equip himself for a career in business management. He utilized his management skills to serve as a Hospital Administrator in both Mt. Pleasant and Mesquite, Texas. He also served as a Nursing Home Administrator for many years. Once ready to leave the rat-race of city life, John returned to his beloved Saltillo area to put in a dairy. After this, he became a cattleman for the remainder of his working life.

In his latter years, John loved spending time with his grandchildren and since Christmas was his thing, he made sure that everyone did Christmas at "Granddaddy's" house. His grandkids still remember the occasions when baby calves were fed in his kitchen to help assure their survival.

John Mays was his own man, and never left any doubt as to where he stood on any issues. He and his domino playing buddies spent a lot of time at the local store solving the world's problems and sharing as well as making memories for all to partake of.

He was preceded in death by Nancy Barker Mays, one daughter: Janet French, a grandson: Christopher French, and a great granddaughter: Ella Mendez. Also preceding him in death were his parents and 8 siblings (2 brothers and 6 sisters)