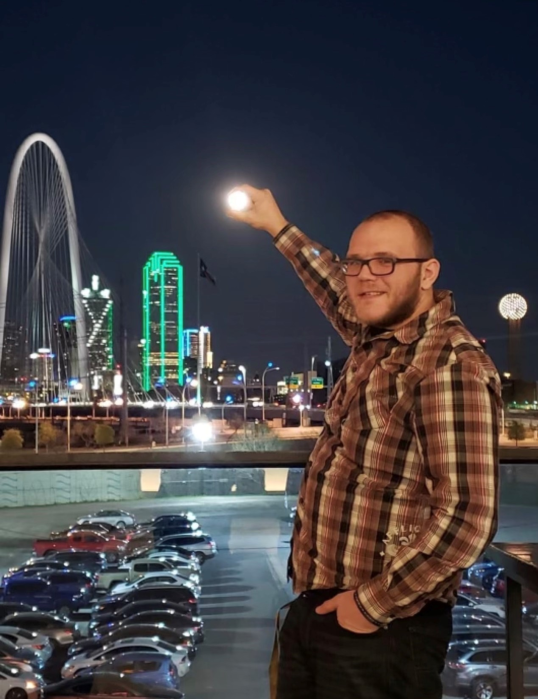 John David Dooley, 29, of Greenville passed away on Thursday afternoon, September 2, 2021 in San Antonio, TX. He was born in Dallas,TX. on December 9, 1991, the son of Clifford W. Dooley and Dana Marie Gill. John married Mysti Lyons on December 14, 2013 in Greenville, TX. John was a Chef by trade and even created his own line of hot sauce, "Dooley's Dastardly Sauces".  He enjoyed playing video games and cooking to pass the time. John has been described as "the most caring, loving, big-hearted person anyone could know; the most amazing son a mother/father could ask for, and the absolute best husband a wife could want that spoiled her completely."  He was the best brother and someone that would do anything for anyone. He often said that he didn't have any friends, but that he had hundreds of brothers and sisters (that is what he considered everyone).

Viewing for John David Dooley will be Sunday, September 5, 2021 from 2 p.m. until 5 p.m. at the Jones-Walker Funeral Chapel in Commerce, TX.

To order memorial trees or send flowers to the family in memory of John Dooley, please visit our flower store.
Send a Sympathy Card