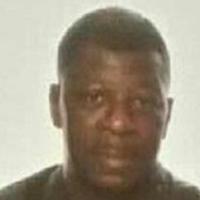 Joe was born on August 04, 1954, to Willie Nell Harrison and Clayton Reynolds. He was married to Starlin Hines Reynolds.

Joe was a School Bus Driver for Commerce I.S.D.

He was preceded in death by his parents; his two brothers: Clevon Reynolds and Clayton Reynolds Jr.; and, his sister, Deborah Reynolds.

Funeral services will be held on Thursday, July 2, 2015, at 1:00 p.m., at First Baptist Church of Commerce with Rev. Sam Brown officiating.

To order memorial trees or send flowers to the family in memory of Joe Corneluis Reynolds Sr., please visit our flower store.