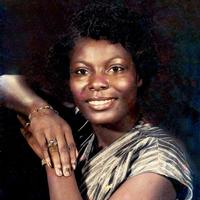 Joann was born in Dallas, Texas, on February 12, 1965, to Minnie Pearl Harrison Luckey and John Earl Luckey. She was a home health provider. Joann was married to Danny Crosby.

She was preceded in death by her grandson T'Monte.

Funeral services will be held on Saturday, January 14, 2017, at 11:00 a.m. at First United Methodist Church of Commerce with Rev. Clay Price officiating.

To order memorial trees or send flowers to the family in memory of Joann Crosby, please visit our flower store.