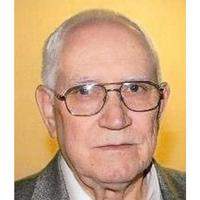 Jerry Don Wood, 73, of Klondike passed away on Friday, November 6, 2015, in Paris. He was born December 2, 1941, in the Janes Hospital in Cooper, Texas, to Alton Traylor and Mary Lillian Trevilion Wood. He was a United States Marine Corps veteran of the Viet Nam War. He was married to Sylvia Meyer Wood. Jerry worked in several businesses in Dallas before moving back to Klondike. He was a retired Electrical Maintenance Specialist, retiring from Dairy Farmers of America in Sulphur Springs, Texas.

He became the Chief of the Klondike Volunteer Fire Department and an ECA First Responder which he loved serving the people of Klondike and the rest of Delta County. He helped see to the construction of the new Klondike Fire Station and West Delta Community Center along with obtaining several new fire trucks.

He was preceded in death by his parents; a brother, Donald Wayne Wood; and, a step-grandson, Christopher Jones.

Funeral Services will be held on Monday, November 9, 2015, at 1:00 p.m. at the First Baptist Church of Commerce with Bro. Terry Bryan officiating.

Interment with full military honors will follow at the Old Klondike Cemetery.

The family requests in lieu of flowers donations may be made to the Klondike Volunteer Fire Department, P.O. Box 489, Klondike, Texas 75448.

To order memorial trees or send flowers to the family in memory of Jerry Don Wood, please visit our flower store.