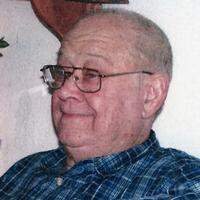 Jerry Franklin Shoaff of Cumby passed away on Tuesday, October 4, 2016.

Jerry was born in Shreveport, La. on October 11, 1944, to Marion Franklin Shoaff and Ann Carolyn Lowe Shoaff. He was an Industrial Mechanic at Mohawk Carpet.

To order memorial trees or send flowers to the family in memory of Jerry Franklin Shoaff, please visit our flower store.