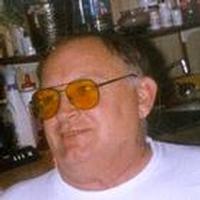 Jerry Christopher Klein, 71, of Commerce passed away on Wednesday, December 3, 2014, in Greenville.

Jerry was born in Muenster, Texas, on March 13, 1943, to Violet Muller Klein and William Charles Klein. He worked as a machinist. Jerry enjoyed fishing, wood working and singing karaoke. He was an self-portrait artist .

Visitation will be held at Jones-Walker & Son Funeral Home from 2:00 p.m. until service time.

In lieu of usual remembrances, the family is requesting that donations be made to the Billy Dickinson Endowment, Texas A & M University-Commerce, P.O. Box 3011, Commerce, Texas 75429.

To order memorial trees or send flowers to the family in memory of Jerry Christopher Klein, please visit our flower store.
Send a Sympathy Card