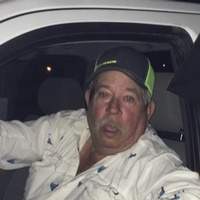 Jerry was preceded in death by his parents and wife Wanda King.

A graveside service will be held at 11:00 a.m. Friday August 4, 2017 at the Brown Cemetery in Bonham with Reverend T. P. Cunningham officiating.

Arrangements are under the care of Jones-Walker & Son Funeral Home of Commerce.

To order memorial trees or send flowers to the family in memory of Jerry E. King, please visit our flower store.