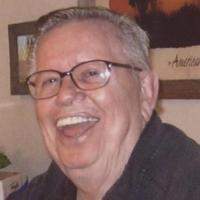 Graveside Service for James were held

Jerry was born in Leonard, Texas, on April 21, 1940, to Louise Martin Jones and J.L. Jones. He was self- employed as a farmer. He was married to Patronia Short Jones for 58 years. Jerry was a veteran of the United States Navy and the United States Marine Corps.

Survivors include his wife, Patronia, his children: Jay L. Jones of Palestine, TX, Yulanda Mercer of Tennessee, Lasonia Stewart of Seven Points, TX, his five grandchildren and 14 great-grandchildren. Jerry is also survived by his brother, Bob Jones of Cooper, TX and his half- brother, Scott Jones of Oklahoma.

He was preceded in death by his parents Louise and J.L. Jones and his brother Danny Jones.

To order memorial trees or send flowers to the family in memory of Jerry Lynn Jones, please visit our flower store.

Graveside Service for James were held