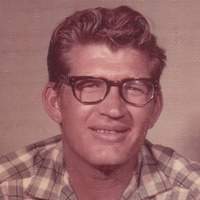 Mr. Jerry Franklin Boswell, 84, of Greenville passed away on Thursday, September 28, 2017, in Greenville.

Jerry was born in Alma, Illinois, on March 9, 1933, to Georgia Donoho and Elza Franklin Boswell. He was a roofer. He was married to Jolene Boswell, who preceded him in death in 2013. Jerry was a United States Army veteran serving during the Korean War.

Jerry was preceded in death by his wife; his parents; his brother, Bill Boswell; and, his sister, Jackie Boswell Coultas.

Graveside services with Military Honors will be held on Saturday, October 7, 2017, at 1:00 P.M. at Rosemound Cemetery in Commerce.

To order memorial trees or send flowers to the family in memory of Jerry Franklin Boswell, please visit our flower store.