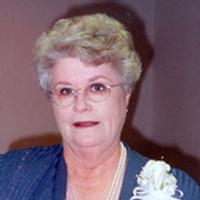 Janie was born in Davidson, Oklahoma, on April 13, 1937, to Frankie Guest Lemon and Claude Jasper Lemon. She was a retired General Merchandise Manager for Texas A&M University-Commerce. Janie was married to Jackie Lee Lunceford.

She is survived by her two sons:Tracy Lunceford of Commerce and Tony L. Lunceford of Greenville; her two daughters: Valerie Fox and Lisa Richardson both of Greenville. Janie is also survived by her grandchildren: Bryan Lunceford, Shantelle Selvaggi, Brandie Greer, Julie McCormack, Tanya Smith, Jessica Lunceford, Cody Wingfield and Misty Baysinger; also by her 18 great-grandchildren; and, her brother, Roy Lemon

To order memorial trees or send flowers to the family in memory of Janie Murlene Lunceford, please visit our flower store.
Send a Sympathy Card