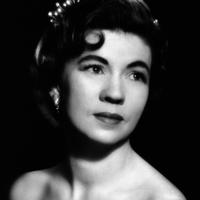 Jane Leadley was born Feb. 28, 1924, in Chicago, IL., the only child of Brig. General John Spence Gulledge, USAF, and Alice Ryder Gulledge. Jane was a model and stage actress in her teens and early twenties. She married Peter Benziger and had 4 daughters: Pamela, Lynn, Helen and Heidi.

Jane divorced Mr. Benziger and later married Donald Leonard Leadley on December 23, 1957. Donald served in the USAF during the Korean conflict as a Captain and F-94C Fighter Pilot. They had one daughter, Mary Faith, on September 29, 1958. Donald passed away on November 1, 2015, something she never really got over.

Jane and Don were active politically and were involved in the John Birch Society in the 1960's. They campaigned for Phil Crane, Republican Congressman for the Chicago congressional district, and became good friends with Mr. Crane, often having Mr. and Mrs. Crane over for dinner parties.

After the family moved to Mequon, Wisconsin, in the late 1960's, Jane became best friends with Roxy and Bud Heyse. Together, Jane and Roxy chaired the Milwaukee Symphony Orchestra's fundraising committee, raising the funds to build a new Performing Arts Center in downtown Milwaukee in 1969. Jane and Roxy's names are on a plaque in the foyer of the Performing Arts Center acknowledging their contribution to the Symphony. Jane and Don became good friends with the symphony's conductor, Kenneth Schermerhorn.

As Mary got more involved in training and showing horses (her father, uncle and grandfather were all horse trainers), the family moved to southwest Missouri, purchased a 35 acre farm and built a training and breeding facility under the name of Leadley Arabians. A special colt was foaled at the farm and Jane and Don purchased him as a 3 month old. Mary trained and showed this young Arabian stallion - named TASK FORCE - to multiple championships. TASK FORCE produced many champion offspring for the Leadley's and many others.

Their involvement in the Arabian industry led Jane and Don to start ARABIAN VISIONS MAGAZINE, a successful monthly breed journal. Jane was the Editor and Publisher and under her ownership, the magazine became one of the top Arabian advertising magazines in the country in the 1970's to 1980's. They subsequently sold the magazine and retired.

Jane always had an outgoing and entrepreneurial spirit. Maybe as an influence of her father, the General, she was never afraid of a challenge. She was quick to smile, quick to laugh and was always a lady.

She was preceded in death by her husband, Donald Leonard Leadley, and her parents, John Spence and Alice Ryder Gulledge.

Funeral services will be held on Saturday, April 8, 2017, at 1:00 P.M. at Mineral Heights Baptist Church, 3201-A Robin Rd. Greenville, with Michael Harrigan officiating.

To order memorial trees or send flowers to the family in memory of Jane Leadley, please visit our flower store.