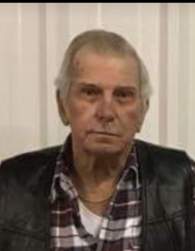 James Lynn Williams, 79, of Cooper, passed away at his residence on Sunday night November 22, 2020. He was born in Pecan Gap, Texas, on May 6,1941; the son of John Armon Williams and Annie Mildred Wilkinson Williams. James married Vicki Lynn Moore on April 9, 1965 in Durant, Oklahoma, a union that lasted over 55 years. He worked as the Service Manager for the Chevrolet dealership in Cooper, Tx. from the time that it was Cantrell Chevrolet until his retirement many years and owners later. James was a member of Three Rusty Nails Church in Cooper (which happens to be located in the building where he served as Service Manager for so many years). His greatest joy in his retirement years was keeping up with his grandchildren and great grandchildren.

A graveside service will be held Wednesday, November 25, 2020 at 1:00 p.m. at the Oaklawn Cemetery in Cooper, Texas. Serving as pallbearers will be Bill Carter, Tracy Yeager, Chuck Phillips, Eric Ditto, Jadrian Vela and honorary pallbearer Tony Luzio. Brother Terry Bryan will be the officiating Pastor.

To order memorial trees or send flowers to the family in memory of James Lynn Williams, please visit our flower store.