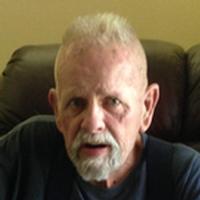 James was born in Commerce, Texas, on April 23, 1939, to Mildred Juanita Smith and Jack Wheeler Morgan. James was a proud United States Marine.

They moved to Garland, Texas, in 1954. James graduated from Garland High School in 1956. He was an Eagle Scout, which he enjoyed very much. He joined the United States Marines and travelled the world over. He was an aviation mechanic.

He is survived by his son, Marcus Morgan; his sister Shirley (Duane) Marable. Other survivors include Meredith, Marcus and Gracie Palmer; Debra Marable; Amanda Clower; and, his grandson, Mark Morgan.

To order memorial trees or send flowers to the family in memory of James Elliott Morgan, please visit our flower store.