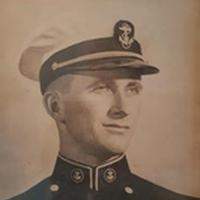 Jim as he was known by friends and relatives was born in San Antonio, Texas on June 3, 1923, to Sara Frances Grider and Captain James Veto McDowell. He travelled extensively first as the child of an army officer, then serving his country as a merchant mariner in WW II, and then in retirement. Jim worked as a social worker and teacher, retiring as a Professor of Social Work from Texas A &M University-Commerce in 1981. Past academic achievements include a BA degree from the University of New Mexico; a BS degree from the United States Merchant Marine Academy; an MA from Baylor University; and an MSW from the University of Texas-Austin.

Shortly after the war and while attending Baylor University, Jim met the lovely and spirited Jean Renick Johnson. They married on February 7, 1948 in San Antonio and honeymooned in Corpus Christi staying at the Robert Driscoll Hotel overlooking the bay. Together they raised four children living first in Waco, then Austin and finally in Commerce.

Jim enjoyed the outdoors: sailing, hiking, camping, gardening. He was an avid reader with a keen interest in history and current events. In his later years, he became the family genealogist regaling anyone who would listen to him with stories from the dusty past. He was an ardent environmentalist aiding various environmental groups for a number of years with his financial support and encouragement. He believed in the future of a viable planet Earth and enjoyed a progressive, positive attitude and lifestyle.

Left to carry on his memory and legacy are his four children Cynthia McDowell Miller of Commerce, Robert McDowell and his wife Debbie of Ashville, N.C., Mary Catherine Tittle and her husband Floyd of San Angelo and Rebecca Padilla and her friend Jim Stinnett of Commerce; grandchildren Erica, David, Joseph, Laura and their father Robert Oâ€™Brian; grandson Graham and his mother Christa Hendrick; one great granddaughter Isabelle and two great grandchildren expected to arrive in June and September. Jim also leaves behind several lifelong friends, acquaintances and co-workers. He will be missed by all those whose lives he touched.

In addition to his parents, Jim was preceded in death by Jean Renick McDowell, his wife of 43 years who died March 6, 1991; Virginia Adams McDowell, his second wife of 11 years who died June 2, 2007; his sons-in-law Dennis Padilla and Terry Anton Miller; and Virginia's two sons Bill and Kenny Adams.

To order memorial trees or send flowers to the family in memory of James V. McDowell Jr., please visit our flower store.