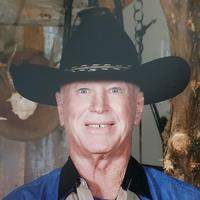 James Ralph McDaniel, 75, of Commerce passed away on Tuesday, February 28, 2017, in Kaufman. James was born in Dallas on February 6, 1942, to Jimmy McDaniel and Pauline Webb McDaniel. He was a retired Firefighter/EMT for the City of Commerce; and, he was a veteran, having proudly served in the U.S. Army. James was a member of Crossroads Assembly of God Church and the Christian Motorcycle Association. He enjoyed riding motorcycles, fishing and singing Southern Gospel music. James was also a Dallas Cowboys and Texas Rangers fan as well as a supporter of the Commerce Tigers.

He was preceded in death by his parents; three brothers: Charles Britton, David Britton, and Roger Britton; and, a sister, Patricia Snyder.

Funeral Services will be held on Monday, March 6, 2017, at 1:00 p.m. at Jones-Walker & Son Funeral Chapel with Pastor Mike Sanders officiating.

Pallbearers will be members of CMA (Christian Motorcyclist Association) King Cruisers Chapter of Greenville and members of the Commerce Fire Department.

Interment with Military Honors will follow at Rosemound Cemetery in Commerce.

To order memorial trees or send flowers to the family in memory of James Ralph McDaniel, please visit our flower store.