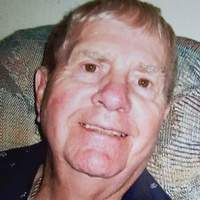 James was born in Springfield, TN. on October 9, 1928, to Beatrice D. Bush and Vernon Albaugh. He graduated from SMU in 1950 with a bachelor's degree in mechanical engineering. He was a research engineering manager for Texas Instruments. He was married to Rita Lee Albaugh and was a United States World War II Navy veteran. He held a pilot's license and loved to fly. James enjoyed golf, traveling (especially to the beach), scuba diving, ballroom dancing, playing chess and weight lifting. Jim loved all animals that he came in contact with and his favorite food was anything "Chocolate".

He was preceded in death by his parents, Beatrice and Vernon Albaugh; his two brothers: Roy Samuel and Clyde Chapman Binkley; and, his stepson, Guy Williamson.

To order memorial trees or send flowers to the family in memory of James Porter Albaugh "Jim", please visit our flower store.