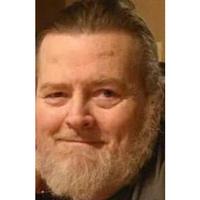 James was born in Dallas, Texas, on November 25, 1962, to Alice Chancellor and James Francis Brown. He was married to Kathy Painter Brown. He was an over the road truck driver.

Survivors include his wife, Kathy; his daughters: Jamie Kristine Brown, Krista Diane Taylor and Destiney Dawn Woodson all of Cooper; his 6 grandchildren; his brother, Scott Dunn of Mesquite; his sisters: Sharon Trantham of Celeste, Becky Lay of Cooper and Alicia Denelsbeck of Cooper; and, his mother, Alice Marie Moore of Commerce.

He was preceded in death by his father, James Francis Brown.

To order memorial trees or send flowers to the family in memory of James Franklin Brown, please visit our flower store.