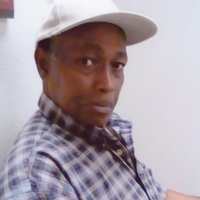 Jackie was born in Paris, Texas, on February 13, 1958, to Katherine Fuller Harmon and Lewis Harmon Sr. He was a carpenter. Jackie enjoyed playing dominoes and telling jokes to make everyone laugh a little more; and, he was a hardworking man.

He was preceded in death by his mother and father; his brothers: Lewis Jr., Jerry, Billy and James "Earl" Harmon; and, his sister, Christine Harmon.

Services will be held on Friday, September 1, 2017, at 1:00 P.M. at Mount Moriah Temple Baptist Church with Pastor Robert Harmon and Bishop Nick McGrew as officiants. Interment will follow at Rosemound Cemetery.

To order memorial trees or send flowers to the family in memory of Jackie Wayne Harmon, please visit our flower store.