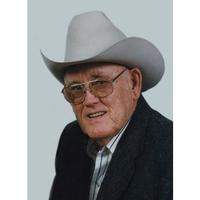 J T was born in Fairlie on March 22, 1925, to Stella Ruby Rice Speight and John Authur Speight. He attended schools in Fairlie and Commerce. He was the owner and operator of Speight Mobil Stations in Commerce. His hobbies included riding horses, motorcycles, boating, camping and spending time with his family and friends.

On October 7, 1950, he married Geraldine â€œJerryâ€ Sparkman at the England Grove Baptist Church.

He was preceded in death by his wife of 66 years, Geraldine Sparkman Speight; his parents, Arthur and Stella Speight; his brother, Robert Lee Speight; and, his infant grandchild, John Speight II.

Graveside services will be conducted immediately following the visitation (11:30 a.m.) at Sonora Cemetery in Fairlie with Rev. Jerry Speight officiating and Kelli (Speight) Cole as eulogist.

In lieu of usual remembrances the family has requested that memorials be made to the Sonora Cemetery Association c/o Carolyn Burt, 6312 CR 4714, Commerce, TX 75428.

To order memorial trees or send flowers to the family in memory of J T Speight, please visit our flower store.