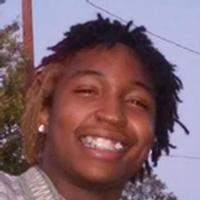 Darrell was born on March 6, 1995, in Sulphur Springs, TX, to Clarissa Brown and Idris Darrell Wooten Sr. He attended and graduated from Wolfe City public schools.

He was preceded in death by his father; his grandmothers: Judith Brown and Euelar Wooten; his grandfathers, Jim A. Brown and Henry Wooten Sr.; and, uncles, Christopher Brown and Adran Lamont Wooten.

Services will be held Saturday, September 10, 2016, at 11:00 A.M. at the First Baptist Church in Wolfe City, TX, with Bro. Tony Coleman officiating.

Honorary pallbearers will be friends and classmates.

Burial will be at Mt. Carmel West Cemetery in Wolfe City.

To order memorial trees or send flowers to the family in memory of Idris Darrell Wooten Jr., please visit our flower store.