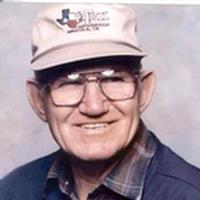 Hubert Arthur Teel, 78, of Cumby passed away at his residence, surrounded by his family, on Friday, July 17, 2015.

Hubert was born in Houston, Texas, on May 4, 1937, to Lizzie Lou Redmon Teel and Hubert Oscar Teel. Hubert was married to Jessie F. Burk Teel. He was a truck driver for Littles Trucking and a people greeter at Commerce Walmart for eight years. Hubert loved to fish, hunt, gardening and do God's work

Survivors include his wife, Jessie; his children: Whyonet Jennings of California, Sharrie Renae Reel of Alaska, Susan Williams of Bakersfield California, Regina Culpeper of Sherman, Judy Stephenson of Lake Worth, Leesia Quinton, Troy Teel of Howe; his six step-children from Texas; his thirty-three grandchildren; and, his ten great-grandchildren,. He is also survived by his brother, W.C. Teel of Levelland, Texas.

He was preceded in death by his parents; his brother, Rayford A. Teel of Sherman; and, his two sisters: Clara Mae Teel of Mabank and Sharrie Lou Jones of Oklahoma.

Honorary pallbearers will be Tanner Teel and W.C. Teel.

Burial will follow at Emblem Cemetery in the Emblem Community in Hopkins County.

To order memorial trees or send flowers to the family in memory of Hubert Arthur Teel, please visit our flower store.
Send a Sympathy Card