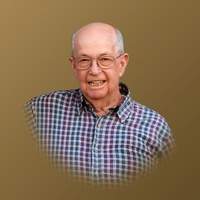 Granville Worth Jones, 90, of Commerce passed away on Saturday, January 27, 2018 in Greenville, TX.

He was born in Bogata, Texas, on May 9, 1927, the son of Laban Lee Jones and Edna Turner Jones.
Granville received a Bachelor of Science degree from East Texas State Teacher's College (Now Texas A &M Commerce) in 1950. He married Haletha Hobbs on November 1, 1945 in Clarksville, Texas. They have been residents of Commerce since 1950.

Mr. Jones proudly served his country as a member of the U.S. Army during WWII. After the war, he continued to serve as a United States Postal worker, and retired from the Postal Service after 36 years of service.

Granville was preceded in death by his parents.

A memorial service to honor his life will be set at a later date.

To order memorial trees or send flowers to the family in memory of Granville Worth Jones, please visit our flower store.