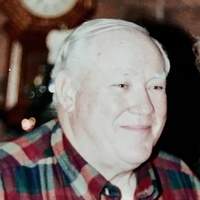 He was born on August 8, 1938, in Burkburnett, Texas to Marvin Spillers and Freda Ward Spillers.

Gordon's business and sales career included his serving as the manager of Howards Department Store in Commerce, during the early 1970's, from there, he went on to own and manage Gordon's Five and Dime Store in downtown Commerce, and later worked as assistant manager for WalMart in both Bonham and Commerce. He also worked on the production line for Sherwood Industries and then concluded his working career by serving in the sales department at Commerce Fix & Feed. He loved meeting the public, and assisting people in any way that he could. This work ethic earned him the Distinguished Community Service award from the Chamber of Commerce in 1989.

After retirement Gordon could be found many days on his tractor doing work around his property and tending to his cows (each one who had been named by him). He had a heart for "the little children," as was demonstrated by his always having candy in his pockets to give to any kiddos that might cross his path.

Funeral services will be held on Wednesday, December 27, 2017, at 2:00 P.M. at Jones-Walker & Son Funeral Chapel with visitation one hour prior to the service.

In lieu of flowers, the family ask that you make donations to St. Jude Children's Research Hospital or to CASA for Hunt County (PO Box 1571, Greenville TX 75403).

Private burial for immediate family will follow the service.

To order memorial trees or send flowers to the family in memory of Gordon Wayne Spillers, please visit our flower store.