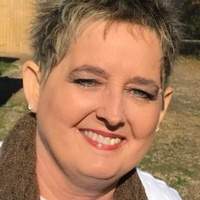 â€œIn in all these things we are more than conquerors through him who loved us. For I am convinced that neither death nor life, neither angels nor demons, neither the present nor the future, nor any powers, neither height nor depth, nor anything else in all creation, will be able to separate us from the love of God that is in Christ Jesus our Lord.â€

On Saturday, April 28th, 2018, Ginny Marie Phifer overcame. Ginny lived her testimony out loud for nearly 54 years. She loved others as Christ loved the church and she served in every area that she laid her eyes upon. Ginny was so many things to so many people. Among these were wife, mother, daughter, judge, court clerk, ladies minister, youth/childrenâ€™s minister, and dear friend to all. But Ginny constantly said, â€œThis is just what I do, not who I am,â€ because who our Father said she was meant far more to her than any other title ever could. Ginny stood tall on her faith until the very end, still proclaiming â€œI am healedâ€ until she was at last.

The celebration of Ginnyâ€™s life and testimony will be held Saturday May 5th at 2:00 pm at First Baptist Church in Cooper, TX.

To order memorial trees or send flowers to the family in memory of Ginny Marie Phifer, please visit our flower store.