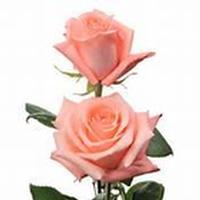 She was born on November 24, 1924, in Belgrade, MN, to Margaret Rosekrans and Lawrence Fuerstenberg. On June 2, 1944, she married Laurence H. Mingo. She was a supervisor for the City of Garland.

Genevieve was preceded in death by her son, Michael Mingo; her parents; her brothers: Frances Fuerstenberg and Robert Fuerstenberg; and her sisters: Alice Trevino, Lorraine Haaf and Mary Pierce.

There are no services planned.

To order memorial trees or send flowers to the family in memory of Genevieve Mingo, please visit our flower store.
Send a Sympathy Card