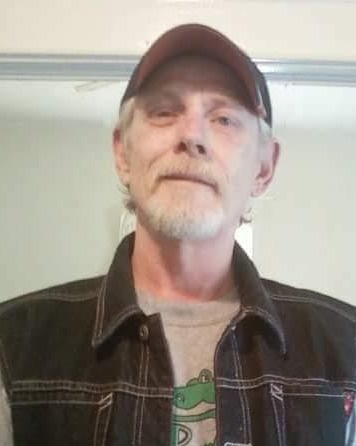 Garry Wayne Daniel, 64, of Commerce, passed away at his residence on Sunday, October 2, 2022.  He was born the son of Donald Wayne Daniel and Lula Mae McRae on April 24, 1958, in Dallas, Texas. Garry was honorably discharged from the U.S. Army in 1977 after serving in Korea. Some of his favorite past times included playing the guitar, drawing, tatooing, and loving on his chihuahua, "Little Girl". He is survived by a daughter, Jessie Mae Benson, and a sister, Sheila Thomas, his nephew, Keith Hammons and his niece (and caregiver) Karen Hammons. Garry was preceded in death by his parents and a sister, Donna Marie Daniel.

A graveside service for Garry will be held Wednesday, October 5, 2022 at 11:00 a.m. at Rosemound Cemetery in Commerce, Texas, with Bro. Terry Bryan officiating.

To order memorial trees or send flowers to the family in memory of Garry Wayne Daniel, please visit our flower store.