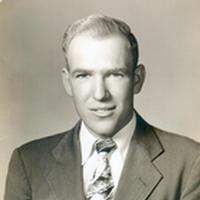 Fulton Winton Teel Jr, 86, of Cooper passed away on Friday, October 30, 2015, at his residence. The son of Fulton Winton Teel Sr. and Lilla Estell Brookshire, he was born on December 2, 1928, in the Scatter Branch Community outside of Commerce,

He was a retired farmer and a United States Army veteran of the Korean War.

He is preceded in death by his parents, his son, Jeff Oats, his sister, Betty Ruth Teel Rhea, his brother-in-law Earl Rhea and his nephew, Timothy Rhea.

Funeral services will be conducted on Tuesday, November 3, 2015, at 2:00 p.m. at Jones-Walker & Son Funeral Home Chapel.

To order memorial trees or send flowers to the family in memory of Fulton W. Teel Jr., please visit our flower store.