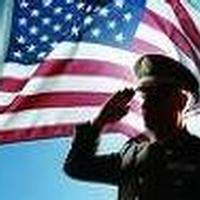 Frederick Paul Holloway of Commerce passed away peacefully on August 19, 2015. He was born in Dallas, Texas on January 2, 1933 to John and Adeline De Ferrari Holloway of Dallas. He was 82 years of age. He was the 10th child out of 10 children. He was preceded in death by his parents and all of his siblings, several nephews and a son-in-law.

He grew up on the Holloway farm which encompassed a large portion of what is now Dallas, Texas. The Dallas Lovefield Airport is located on Holloway land that his family sold in order for Dallas to grow and prosper. His family also owned the first original feed store in downtown Dallas.

He served in the U.S. Air Force during the Korean war. He was a member of the Commerce American Legion Post #1. He worked as a salesman for most of his life traveling all over the United States. In 2000, shortly after retirement he and his wife sold their property in Bugtussle, Texas and moved to Commerce.

He loved having his family come together for family gatherings and loved watching the grandchildren open all of their gifts at Christmas. His departure leaves a hole in our family and he will truly be missed. Those who knew him will miss his contagious smile, his quick wit and all of his funny jokes.

The family will have a celebration of life at their home at a later date.

To order memorial trees or send flowers to the family in memory of Frederick P. Holloway, please visit our flower store.