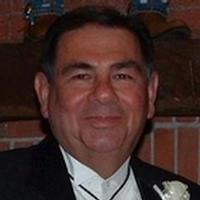 Francisco Perez, 71, formerly of Commerce passed away on Friday, January 8, 2016, in Garland.

Francisco "Frank" Perez was born in Laredo, Texas, to Angelica and Juventino Perez on October 14, 1944. He grew up in Kingsville, TX, where he excelled in football, basketball and especially baseball. He was retired from Texas A&M University-Commerce where he was the Director of Disability Services. He was a member of the Highland Meadows Congregation of Jehovah's Witnesses in Garland, TX.

He is survived by his daughters: Marissa Perez of Garland, TX and Angelica Cummings and son-in-law Kevin Cummings of Richardson, TX; his son, Adrian Perez and daughter-in-law Sarah Perez of Fort Worth, TX; his granddaughter, Olivia Perez; his stepsons: Michael and Danny Juarez; his step-granddaughter, Mileena; and, his brother, Josh Perez of Ennis, TX.

He is preceded in death by his first wife, Olga; his second wife, Gloria; his parents; and, his siblings: Edna Perez, Mayda Olvera and Joel Perez.

To order memorial trees or send flowers to the family in memory of Francisco "Frank" Perez, please visit our flower store.