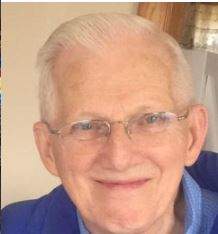 Francis Philip Schafer, 84, of Commerce, passed away peacefully at his residence December 19, 2020. He was born in Hays, Kansas on August 15, 1936, the son of Frank Schafer and Mary Schuster Schafer. He served in the U. S. Army Reserves where he obtained a rank of Specialists E5 before being honorably discharged in September of 1964. Francis was employed by Central National Bank as a computer specialist until his retirement.

He is survived by two sisters: Alma Moyer and JoAnn LaBarge and one brother: John Schafer. He was preceded in death by his parents, a brother, Lawrence Schafer, and a sister, Gladys Wensel.

A funeral mass will be held for Francis on December 23, 2020 at St. Joseph Catholic Church, 1508 Cooper Street in Commerce, Texas at 10:00 a.m. Mr. Schafer will be laid to rest in St. Mary's Catholic Cemetery in Junction City, Kansas.

To order memorial trees or send flowers to the family in memory of Francis Philip Schafer, please visit our flower store.