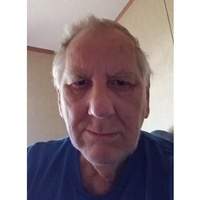 Floyd was born in Kalamazoo, Michigan, on December 13, 1944, to Mary Elizabeth Hippensteel and Gordon Edward Sleeman. Floyd graduated from Climax/Scott High School. He was an Engineer for Zurn.

There will be a private family service.

To order memorial trees or send flowers to the family in memory of Floyd Francis Sleeman, please visit our flower store.