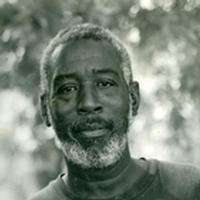 Ernest "Rickie" Smith of Commerce passed away in his home on Friday, June 5, 2015.

Ernest Rickie Smith, son of the late Mrs. Viola Rochester Edwards Smith and Ernest B. Smith, he was born November 15, 1952 in Brooklyn, New York. After living in Brookyln, the family moved to Bayshore, Long Island, where he graduated from Brentwood High School in 1970. He then enlisted into the U.S. Army where he served for eleven and a half years as a Military Police Officer. He then moved to Mount Pleasant, South Carolina until moving to Commerce, Texas in 1992.

He was a member of the Disciples of Faith Church in Commerce where he sang in the choir. Rickie enjoyed going to church, sitting on his porch, going to McDonald's to talk with coffee drinkers and talk about the Lord. He was proud of his grandchildren and loved to talk about being in the service and going overseas.

He was preceded in death by his parents, his grandmother, Louise Crawford and his sister Yvette Marie Smith.

Interment with full military honors will be held on Monday, June 15, 2015, at 1:15 p.m. at Dallas Fort Worth National Cemetery.

To order memorial trees or send flowers to the family in memory of Ernest "Rickie" Smith, please visit our flower store.
Send a Sympathy Card