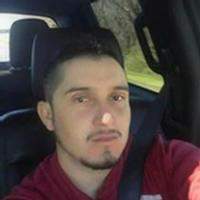 Emilio was born on April 5, 1988, in Jalpan, Queretaro, Mexico, to Jacinta Marquez and Gaudencio Ramirez. Emilio was a painter. He was married to Leticia Mejia Ponce.

Survivors include his wife, Leticia; his son, Ion Emiliano Ramirez Mejia; his parents, Jacinta and Gaudencio Ramirez-Marquez; his brothers, Edgar and Oscar Ramirez; and, his sisters; Bertha, Mayra, Virginia and Edith Ramirez,his grandparents: Manuel Ramirez, Estre Saurez and Estevan Marquez. He is also survived by numerous cousins, nieces, nephews and other family and friends.

He was preceded in death by his sister, Beatrice Ramirez and his grandmother, Inocencia Gonzalez.

Mr. Ramirez-Marquez's family will be taking him back to his home in Mexico for burial.

To order memorial trees or send flowers to the family in memory of Emilio Ramirez-Marquez, please visit our flower store.